Commemorating 156 Years of Emancipation in Maryland 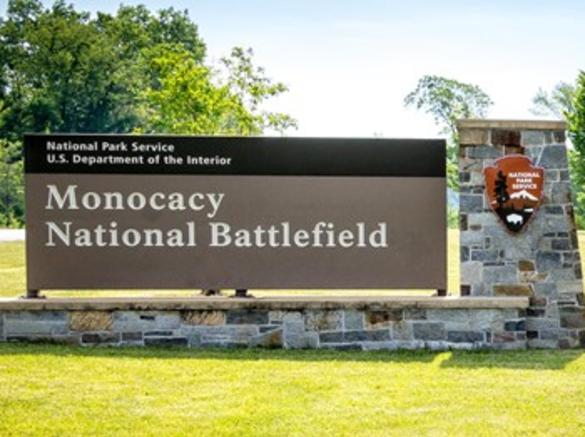 Join the National Park Service and community partners in reading the names of the enslaved people who lived and worked on the six historic properties of Monocacy National Battlefield, as well as the U.S. Colored Troops who enlisted at Monocacy Junction. Slavery was legal in Maryland until November 1, 1864, when voters passed a new Maryland Constitution. During the Battle of Monocacy on July 9, 1864, both the Thomas and the Worthington families took refuge in their cellars with some of their enslaved workforce. Researchers have documented the presence of enslaved laborers at all five of the historic farms of the battlefield. In 1863 a U.S. Colored Troops recruiting station was opened at Monocacy Junction.