Constitution 101: “Great as the Evil Is” with Quentin Taylor 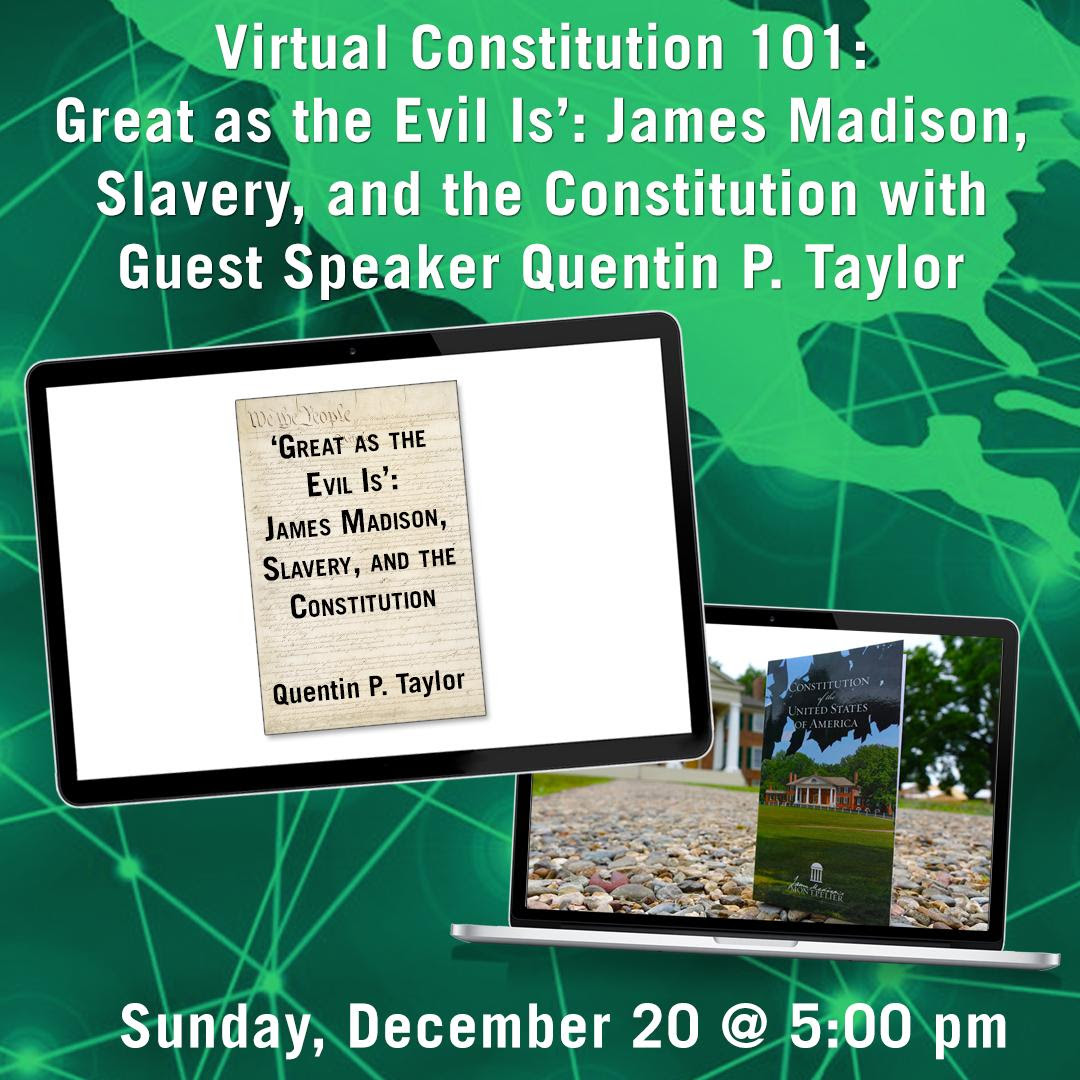 Dr. Taylor traces Madison’s connection to slavery in word and deed over the course of his life with a special emphasis on the Founding era (1775-1789) and against the backdrop of Jeffersonian Virginia. For Madison, the toleration of slavery—“great as the evil is”—was preferable to the still greater evil of disunion. Yet this tolerance permitted slavery to grow and expand until it threatened to destroy everything he had worked for. For the master theorist of republican government, slavery proved an insoluble dilemma and exposed the non-republican nature of Southern rule. In the end, a dispirited Madison was left with a vague faith in a future solution to “the problem most baffling to the policy of our country.”