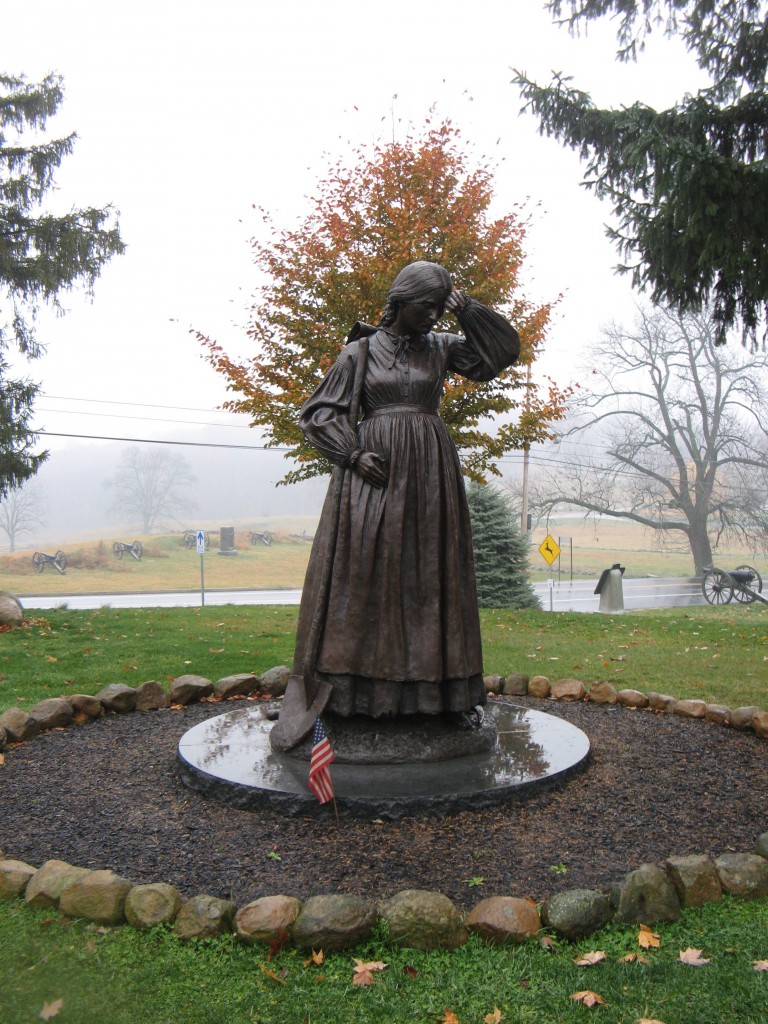 As Women’s History Month is celebrated each March, one region in the country is highlighting the significant contributions women have made throughout the nation’s history and encouraging individuals to visit specific sites to learn more.  The Journey Through Hallowed Ground National Heritage Area, known as the region Where America Happened™, contains more history than any other in the nation and includes: National and World Heritage sites, over 10,000 sites on the National Register of Historic Places, 49 National Historic districts, nine Presidential sites, 13 National Park units, hundreds of African American and Native American heritage sites, 30 historic main street communities, sites from the Revolutionary War, French-Indian War, War of 1812 and the largest collection of Civil War sites in the nation.

This 180-mile long, 75-mile wide swath of land that stretches from Gettysburg, Pennsylvania, to Thomas Jefferson’s Monticello in Charlottesville, Virginia, contains a rich collection of sites that chronicle important contributions women have made throughout history.  Here are a few suggestions that will help you decide to Take the Journey™.

While most envision men and boys marching the battlefield in Gettysburg, PA, many of the town’s heroes are actually women. After the epic battle in 1863, women were often the only ones to tend to the wounded and take charge in cleaning up the town. One such woman is Elizabeth Thorn. Her husband Peter was the caretaker of Evergreen Cemetery, and was off fighting in another part of the country. At the urging of the community, Elizabeth who was six months pregnant and the mother of three children, dug over one hundred graves in the rocky soil in the extreme July heat.  Today, a statue of Elizabeth Thorn stands outside the cemetery gatehouse as part of the Gettysburg Civil War Women’s Memorial.  For more information, visit www.gettysburg.travel.

Continuing down Route 15, the Journey Through Hallowed Ground National Scenic Byway, visitors should stop by the National Shrine of Saint Elizabeth Ann Seton in Emmitsburg, MD.  This site promotes the life and legacy of the Elizabeth Ann Bayley Seton, the first native-born saint from the United States.  Seton, who lived, worked, died, and is now buried here, founded the Sisters of Charity of St. Joseph’s.  Her enduring legacy now includes hundreds of schools, social service centers, and hospitals throughout the world.  She was canonized by Pope Paul VI in 1975 in St. Peter’s Square.  Check out www.setonheritage.org for additional details. 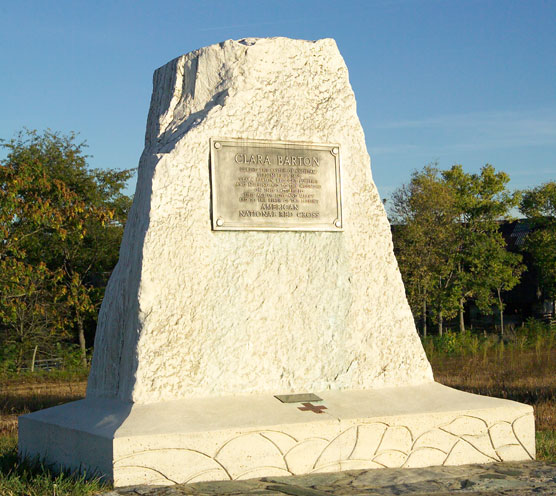 Near Sharpsburg, Maryland, a monument stands at Antietam National Battlefield to Clara Barton, one of the most honored women in American History.  Known as the “Angel of the Battlefield,” Barton brought supplies and nursing aid to the wounded at several Civil War battle sites, including Antietam, Cedar Mountain, Second Manassas, Fredericksburg, Harpers Ferry, and others.  She later founded the American Red Cross in 1881 and led it for the next 23 years.  For more information, visit www.nps.gov/anti.

First Ladies also left their mark within the region.  Jackie Kennedy’s style and grace epitomized Loudoun County’s horse country and its capital, Middleburg.  In the early 1960s, the Kennedy’s used Middleburg as an escape from Washington by leasing, and then building, their own country retreat.  In the 1990s, Jackie Kennedy Onassis often returned to spend fox-hunting weekends in the Middleburg countryside, which was filled with happy memories from her time as First Lady. Today, visitors can see memorabilia at the Red Fox Inn and other establishments the First Lady patronized, and the town’s public pavilion and garden are dedicated to Jackie.  For more great places to visit in the area, check out www.visitloudoun.org.

Edna Lewis, born in Freetown, Virginia, inspired a generation of young African American chefs and ensured traditional Southern foods and preparations would live forever.  Before her culinary journey began, Lewis found work as a seamstress and copied Christian Dior dresses for Dorcas Avedon.  She made a dress for Marilyn Monroe and became well known for her African-inspired dresses.  Eventually, Lewis opened up Café Nicholson, a restaurant located in Manhattan’s East Side. She became a local legend and cooked for many celebrities such as Marlon Brando, Marlene Dietrich, Tennessee Williams, Greta Garbo, Howard Hughes, Salvador Dali, Eleanor Roosevelt, and Truman Capote.  Known for her simple, but delicious Southern cooking, Lewis authored three seminal cookbooks and is lauded as one of the great women of American cooking. A new food festival, created in 2012, recognizes the culinary contributions the Orange County native has made.  Details can be found at www.ediblefest.com. 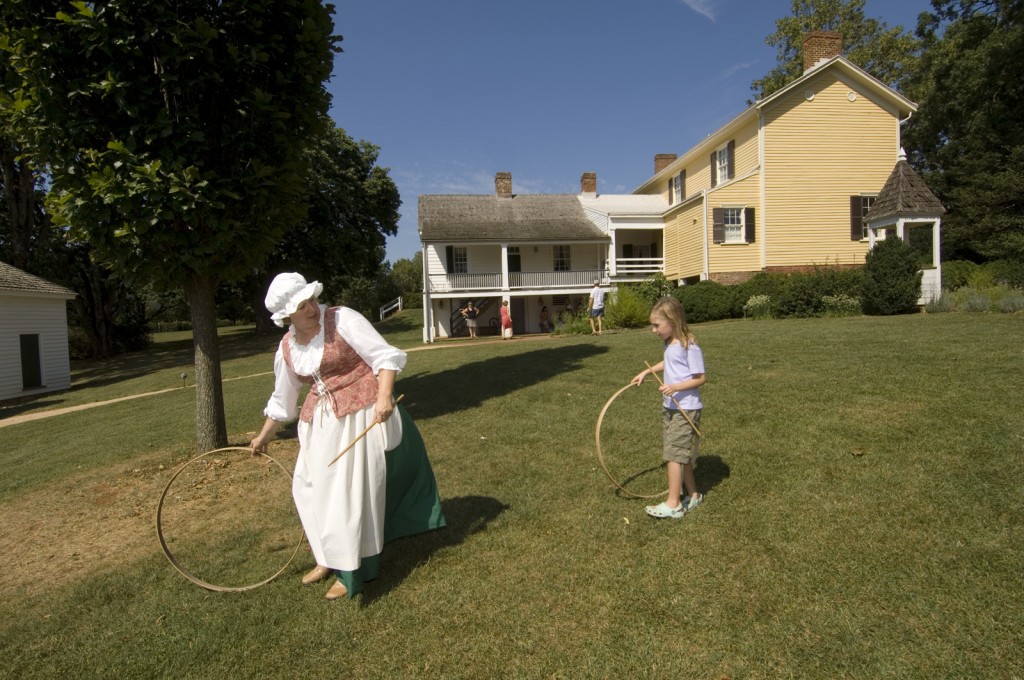 And finally, visitors should also make a point to stop at Ash Lawn-Highland in Charlottesville, Virginia.  This home of President James Monroe, and his wife Elizabeth Kortright Monroe, served as the official residence of the former first family from 1799 to 1823.  Here, they regularly welcomed friends, neighbors, dignitaries, and other visitors with warm hospitality.  To learn more, visit www.ashlawnhighland.org.

There are many other historic sites pertaining to notable women within the Journey Through Hallowed Ground National Heritage Area.  Maps, suggested itineraries, and other travel resources are available at www.hallowedground.org or by calling 540-882-4929.

ADDENDUM:  For a wonderful and in-depth story about Elizabeth Thorn, check out Kate Kelly’s piece at http://americacomesalive.com/2014/03/12/elizabeth-thorn-1832-1907-six-months-pregnant-burying-dead-gettysburg/#.VQc7ZDmD5bw 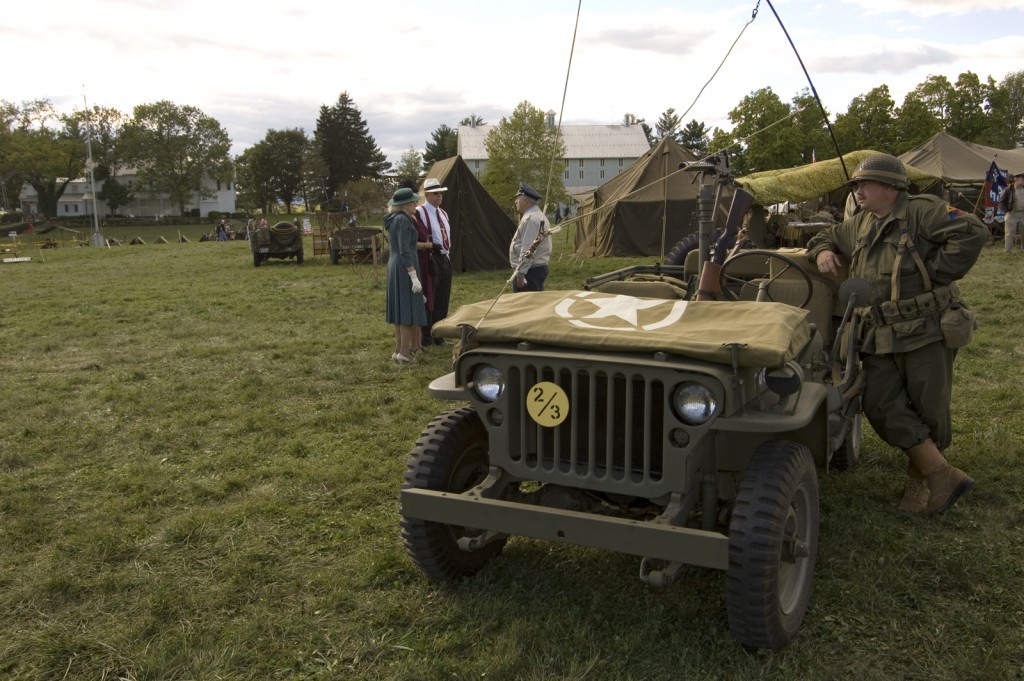 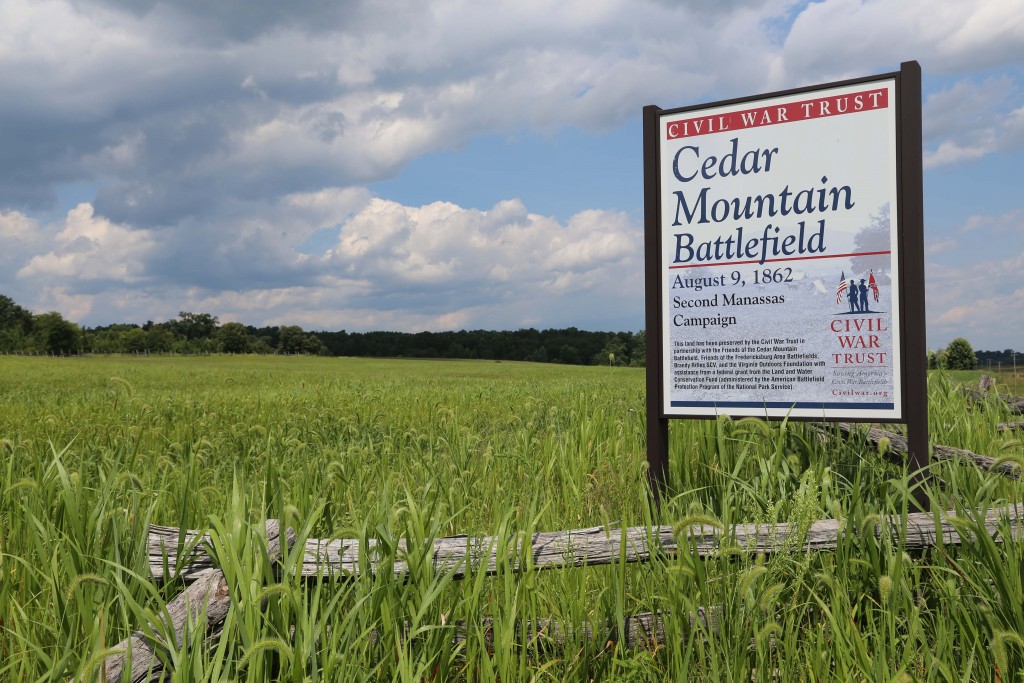