Built circa 1797, the Cashtown Inn served as the first stage coach stop west of Gettysburg along the newly constructed Chambersburg Turnpike. 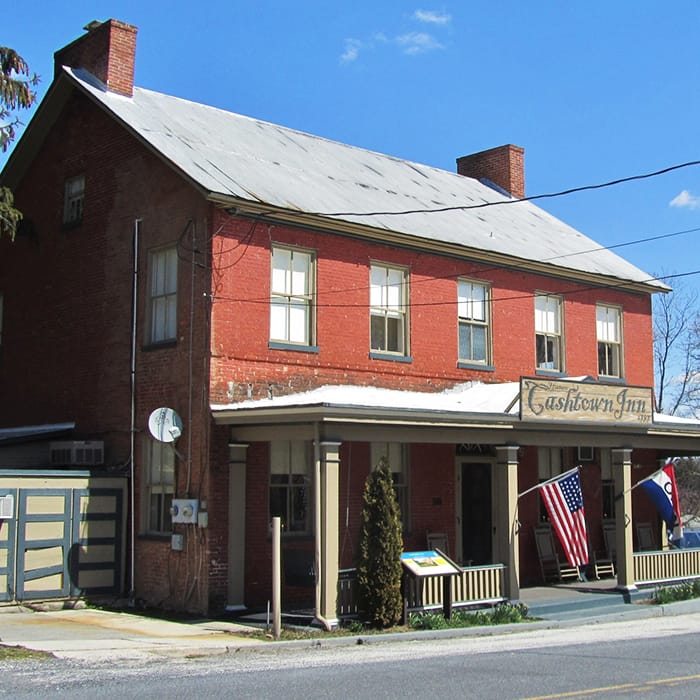 During the Gettysburg Campaign, the Inn served as Confederate Headquarters for General A.P. Hill while the 22,000 men of his Third Corp camped throughout the town.

Following the battle, General John Imboden used the Inn to organize the evacuation of wounded Confederate troops from the area. Historians have claimed that more Confederates passed through the front door of the Cashtown Inn than any other building north of Richmond.

The Inn includes 7 suites that include a full breakfast. Guests have the choice to dine in a historic tavern or newly renovated dining room. Both have fireplaces, are non-smoking and serve traditional foods prepared in an eclectic fashion, all made in-house.

It is the philosophy of the Cashtown Inn to purchase as many fresh, local ingredients, beers and wines as possible in order to partner with and support our area businesses and purveyors.

MORE ABOUT THE AREA

Gettysburg, PA — Often called the ‘Most famous small town in America’ because of the Battle of Gettysburg (July 1-3, 1863), Gettysburg is also known for its institutions of higher learning, namely the Lutheran Theological…