Dedicated to the civilian experience during the Battle of Gettysburg, the Shriver House Museum is situated in the heart of Gettysburg's Historic District. The home of George and Hettie Shriver and their daughters, Sadie (7) and Mollie (5), appears much the way it did when it was built in 1860, just a few months before the Civil War broke out. 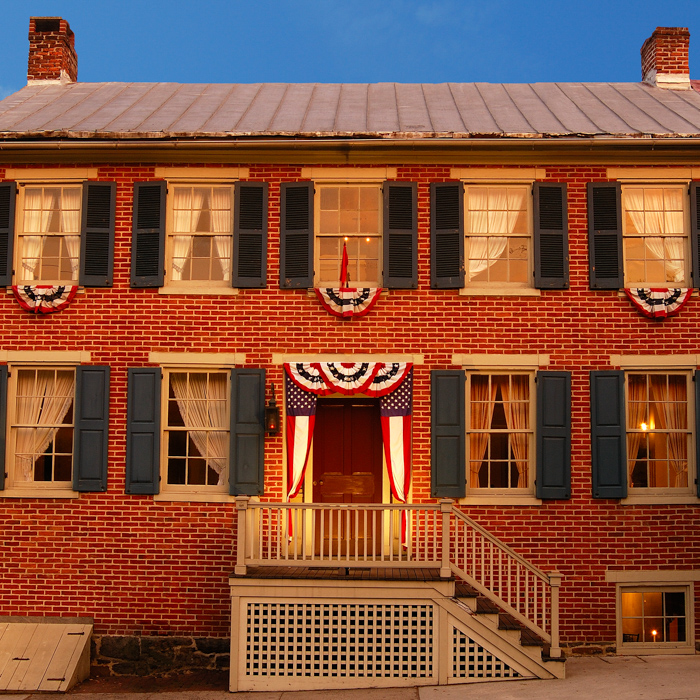 The house was built as a residence for the well-to-do family, while George housed his business here: Shriver's Saloon & Ten-Pin Alley. Today, guides in period dress recount the harrowing story of the Shriver family's experiences during the battle and the lasting effects on their lives.

The tour includes every room in the Shrivers' home plus the Confederate sharpshooters' nest in the attic - where written accounts (and forensic evidence) confirm at least two soldiers were killed - and a visit to Shriver's Saloon in the cellar.

The Shriver House Museum has earned numerous awards including the Pennsylvania Historical and Museum Commission’s Historic Preservation Award. In addition to being selected as a Pennsylvania Civil War Trails site, the museum has been used as a filming site for PBS, The Discovery Channel, The Travel Channel, A&E, HGTV, BBC, CNN, and The History Channel."